Charge is a VR First Person Shooter for the HTC Vive. Built in under a month to be demonstrated at VRLO 3 Charge was built to show off what Rewind can make on a new platform in a short time and was showcased alongside Unreal’s Bullet Train and Bossa Studios’ Surgeon Simulator, both running on the Oculus Rift. 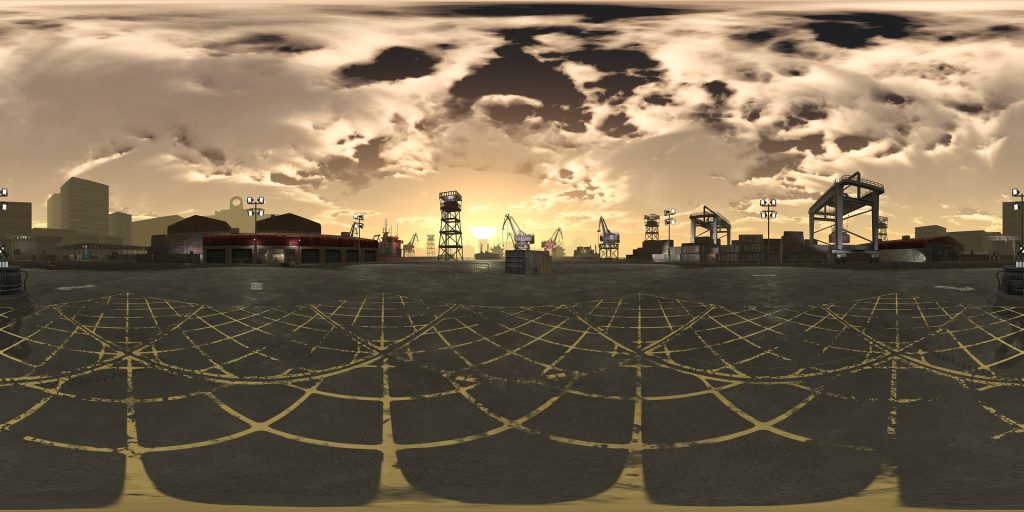 Players are tasked with defending the last power generator in a dockland area from drones which have come to destroy it. You are equipped with a shield and a multi-functional gun and have a 4×3 meter play-space which you can walk around in (the maximum space capable of the HTC Vive) to dodge incoming shots from the drones and to collect fuel cells to recharge your shield.

Time your deflections right and you’ll send the laser shots fired by the drones straight back at them. Your gun has three modes of firing: The first is your all-rounder fully automatic laser gun which heats up over time so you need to pace your shots. The second is a gravity gun allowing you to pull drones in rendering them useless allowing you to smash them into the ground or launch them back at the other drones to bring them out the sky. The final is a chain lightning gun which, if fully charged and perfectly aimed, can bring down a cluster of drones in one shot.

The drones fly around in swarms led by a large, central leader drone which can withstand a beating but if you can take it down all of its follower drones will fall out the sky with it. Drones have a predictable attack pattern where they alternate between moving and shooting allowing you to plan which drones you want to attack next. 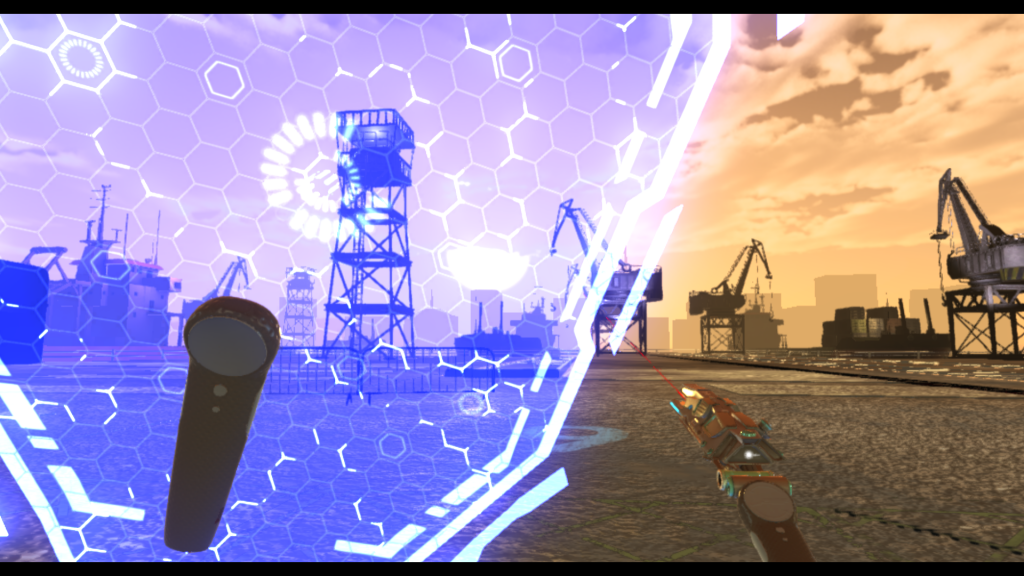 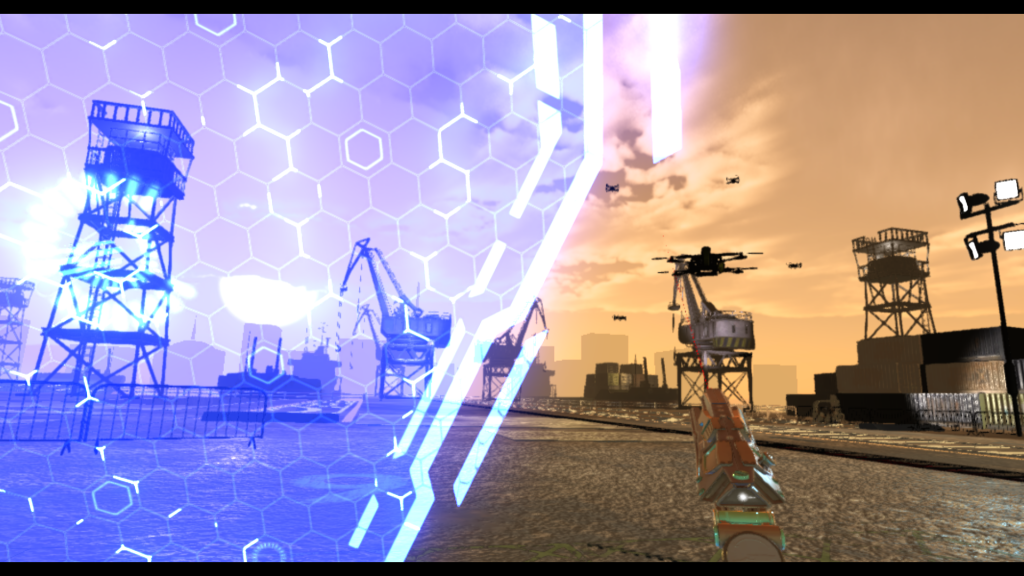 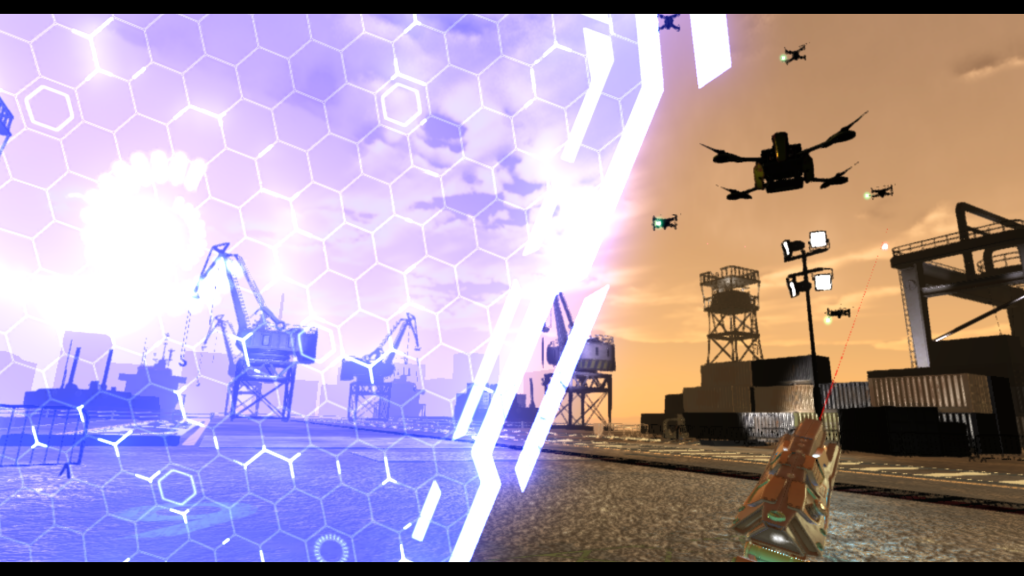 Charge was created in Unity by a few members of the Rewind team including myself as the only programmer, another Unity developer who worked on lighting and organised the scene, a designer who created the concept and audio and assisted in setting the lighting and three artists who created all the assets. This was the first time I worked with the HTC Vive and generally making a real game experience in VR. For this I created a VR input system as there wasn’t much around at the time and I wanted to create something flexible for myself. I plan to expand on this and share my input system on the blog section of this site soon.